Before going on the fine print about Biochar, we have to mention that half of the world’s population resides in the wide belt of land and water that lies between the tropics of Cancer and Capricorn known as the Subtropics.  The world’s people and governments are becoming increasingly aware of the region ‘s unique properties, problems, and potential.  We have come a long way to understanding the diverse biological system that exists there, as well as its important role to the basic functioning of the earth’s biological and physical survival in this Era of Climate Change.  The fate of tropical rain forests, in particular, has come to signify growing scientific and public interest in the impact of human activities on the global environment. 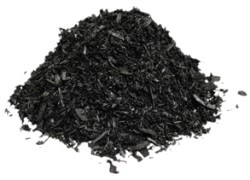 Carbon is the basis of all life.  With the word ‘Organic’ now a household word when talking about food people buy at grocery stores in many countries world wide, the actual, simple scientific definition of the word ‘Organic’ is “anything that contains Carbon”.  As we step up to addressing the reality of Climate Change while also developing agricultural systems that can feed the ever expanding populations of the Sub Tropics; we are learning more and more about something that’s been known in the Tropics for millennia of time.

‘Biochar’ is a product that has its origins in the subtropical regions of the world.  With agricultural development in the region depleting Carbon stocks due to extractive systems which do not provide for replenishment, there is a significant challenge facing these economies in order to create sustainable, long term solutions.  If we improve our cultural practices in these areas of the world, we can address the sequestering of CO2 and increase the Carbon pool in soils, which will improve yields, mitigate Climate Change, and create a more sustainable agriculture.

Due to the fact that these soils, as I’ve discussed in previous articles for Tractor Export, are heavily weathered; deep; and very sensitive to erosion; the use of no-till, cover crops, and other practices that retain ‘organic’ matter in soils may only go so far toward replenishing and storing the Carbon pool due to the rapid conversion to CO2 by heat, water, and crop removal.

In other words, we need to do more with amendments to favor the pooling of, and reducing the depletion of Carbon stocks across this sensitive region.

One such amendment may lie in Biochar. Biochar is defined simply as charcoal that is used for agricultural purposes. Biochar is essentially produced by heating biomass in a controlled, oxygen depleted, process.  This process is called ‘pyrolysis’.  The resulting byproducts include ‘syngas’ which is H2+CO, minor amounts of methane, tar, organic acids, and heat.   The resulting Carbon has been shown to remain stable for many more years than carbon contributions from standard, best management practices (BMP’s) in agriculture.  It is believed that Biochar provides a simple, sustainable means to sequester historic carbon emissions while also being technologically feasible in developed or developing countries alike. 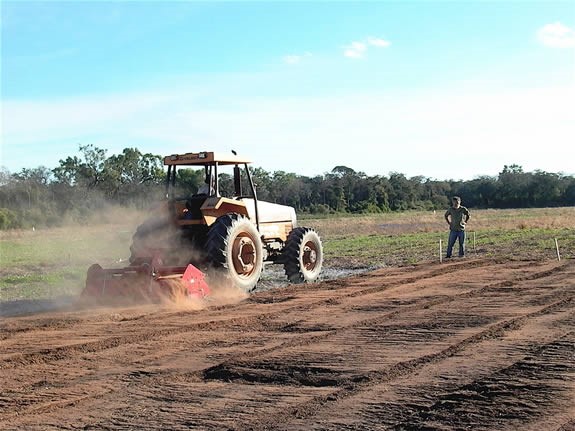 The Origins of Biochar lie in the sub-tropics of Brazil known as Terra Preta more than 2500 years ago.  The natives of the region created charcoal and incorporated it into soils of plots both small and large.  The soils of this area continue to thrive biologically today.  Like many similarly formed soils across the Sub-Tropics, the native soils of the region are known for their infertility.

In researching this topic,  I found some very interesting articles and would recommend you read more about this practice and the products being developed using Biochar.  For example, by modifying how we manage and bring forests and land into production in small farms across the Subtropics, we can effectively create ‘biochar’ through modification of the controversial ‘slash and burn’ method,  to what is called ‘cool burn’…

In slash-and-burn, dry brush and grass are burned in open fires, spewing vast quantities of carbon dioxide into the atmosphere and leaving only small amounts of nutrients in the ash that’s then dug into the ground.  By contrast, slash-and-char, or ‘cool burning’,  involves burning wet vegetation, so it smoulders underneath a layer of dirt and straw. Robbed of oxygen, the fire only partly burns any wood or stalks, leaving most as tiny chunks of charcoal. This bio-char is turned into the soil.

Only 7 per cent of the carbon content of vegetation gets transferred into the soil by the slash-and-burn approach, by some accounts…the slash-and-char method transfers almost half the carbon and most of the nutrients like phosphorus and nitrogen.

Some very interesting Biochar Production systems are also being developed for the smaller farms and communities across the subtropics with modified Kilns that can be installed at reasonably low cost, with both short term and long term returns through fertilizer savings and yield increases.

To learn more, have a look at the following resources, which were used in the process of researching this topic: