WHY GABON IS SUCCEEDING IN DIVERSIFYING FROM OIL

And how the private sector can help lead agricultural mechanization

As the prestigious news magazine The Economist mentioned this year, Gabon is reinventing itself from being almost totally dependent on oil exports, to a healthy diversified economy, that is not so exposed to the volatility of one sector alone, with the recent collapse in oil prices and the following decline from the middle of 2014 the challenge is big for the Gabonese economy. In this week’s article we want to try get some understanding on why is so hard to move away from the once so-called black gold.

Every country which economy depends heavily on resource exports, like Oil for the Arab countries, or any commodities, face three big challenges:

…but, why is so hard to “diversify from oil”?
For the scholars of economy there is a well-known phenomenon called the “Dutch Disease” which is an apparently negative impact on the economy caused by the sharp inflow of foreign currency, therefore causing over-development of a specific sector (like natural resources) causing currency appreciation, making the country’s other products less price competitive on the export market, because your currency is more expensive now, (there are plenty of examples like Australian mineral commodities in the 2000 and 2010s, or Chile due to the boom in mineral commodities in the late 2000s) in an ironic twist the sudden increase of foreign capital ”kills” other sector making the country even more dependent on black gold…that’s why is “so hard to get past oil”.

The non-oil private sector remains relatively small and, consequently, has been only a limited source of growth and employment.

While some countries have achieved more than others in diversifying their economies, the energy sector, typically highly capital intensive, remains dominant in many economies. 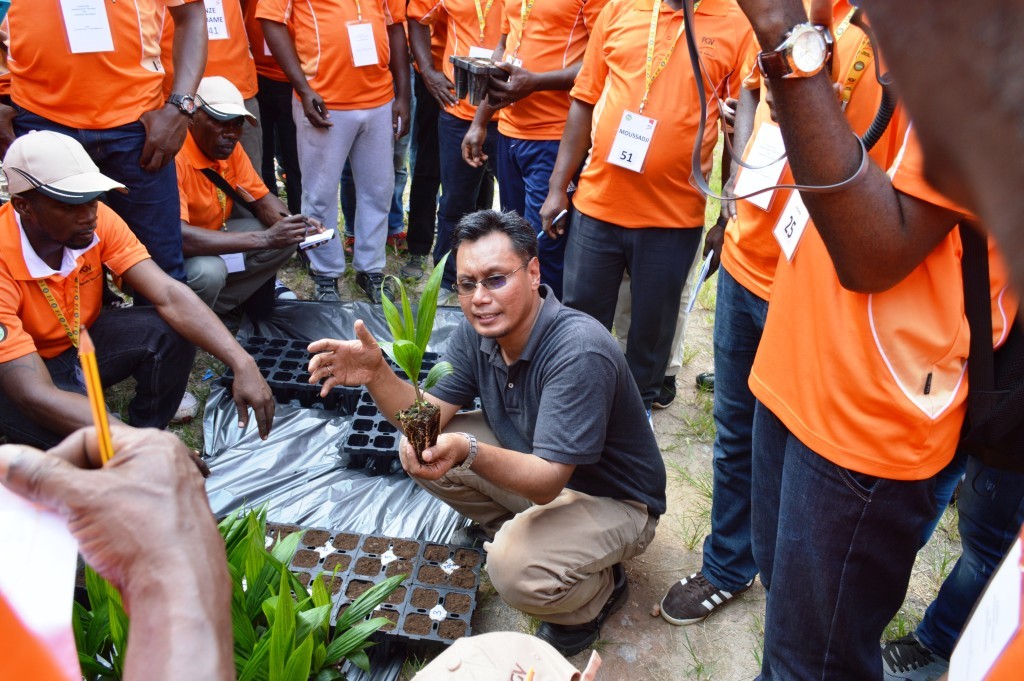 The model of public-private association is working towards the diversification of Gabon’s economy.

Let’s go back where we started, The Economist news magazine and the specific example about the Republic of Gabon, which is located in west-central Africa, and its economy was hit hard by the declining in oil prices. Perhaps not such a bad situation because the bright side is that this forced the country to look for new ways of solving creatively the aforementioned “three big challenges”.

For example In 2009 Gabon banned the export of whole logs, a trade which earns little, add no value, and generates considerable waste. So, they moved to add value by developing timber processing. The gaboon tree (Aucoumea klaineana), used for making plywood, is an important source of foreign currency.

Strategic Goal: Boost Gabon Agriculture’s Contribution to GDP from 5% to 20% by 2025

The government also wants the country to grow more food, and become a leading source of palm oil and rubber. This strategic goal reduces the dependence on food imports, create jobs, in turn protecting the economy from the single commodity’s risks of volatility.

Therefore, they launched the GRAINE program in December 2014, which is designed to promote entrepreneurship in agriculture by helping small farmers to form cooperatives for the production of cash and long-cycle crops by providing start-up financing, equipment and training as well as buying their produce.

The five-year project is being developed as a public-private partnership through SOTRADER, a joint venture between Olam International, the technical partner, (49%) and the state (51%). The government will provide land rights, funding and logistics infrastructure, while Olam will develop and manage the project, and offer market access to farmers by either buying the products directly or helping them sell through distribution networks.

The government aims to transfer the rights to 200,000 ha of land across all nine provinces to the cooperatives, and each farmer will receive between 4 and 7 ha depending on the type of crop they will grow. Under the scheme, each cooperative signs a contract with SOTRADER for financing and supply of inputs to be reimbursed from the sale of its produce. SOTRADER guarantees to buy all produce at a rate based upon the local or international market prices depending on the product type.

But this huge endeavor requires also a huge support in the mechanization of agriculture practices and all the logistics involved, past experiences demonstrate in many countries that public efforts are needed to support the development of appropriate and affordable agricultural machinery to increase the productivity, but public alone is not sustainable in the long term. Private alone without the public investment put the entire burden in dealers and farmers

That’s why in TractorExport we are proud of being part of this project, and that’s why we have developed new business and logistics models, so we can offer solutions to all the actors and their strategic goals. So more countries, companies, co-ops and farmers can “get past oil”.