Juan Aldaz2017-09-29T11:32:47-04:00
Uncategorized Comments Off on Perennial Forage and Cover Crops in Tropical Climates Can Help Solve Many Problems

Many Subtropical regions experience an extended dry season, and this is expected to increase as a trend with Global warming and shifts in climate patterns throughout the world, but cover crops can help.  Left unmanaged, dry soils will have sparse vegetation, be much warmer, and when combined, these conditions lend themselves to massive nutrient losses within the soils impacted.  The lack of soil cover from the lack of biomass subject the surface horizons to soil erosion when hard rains or monsoons do come, and the excess heat in surface soils rapidly degrades the organic fraction in the soil, its beneficial microbes, and soil-sourced nutrients for any crop or plants that might be introduced.

When you add in the removal of nutrients in the cropping season, also called ‘nutrient mining’, a negative long-term effect result.  One practice that is part of the solution to mitigate this dilemma relates to keeping a crop, whether annual, biennial, or perennial; occupying the soil surface during drought periods.  Drought-tolerant grasses and legumes can mitigate these challenges.

Legumes are plants which are ‘natural nitrogen factories’ in that they naturally possess bacteria on the roots which form symbiotic relationships with microbes in the soil and can sequester atmospheric nitrogen gas as ammonia, then transformed in the soil and retained as part of the organic fraction.  This is a process termed biological nitrogen fixation (BNF).  As an added bonus, and a result of this truly amazing process, legumes are rich in Nitrogen, which is a building block of Protein…protein then providing edible nutrition to the animals and humans that consume the crop.  This creates a tremendous potential for agronomists and crop scientists to further breed drought-tolerant legumes which, as a review, (1) make their own nitrogen and nitrogen for future crops; (2) hold the soil together and can reduce losses from erosion; (3) when productive, they compete with undesirable weeds and prevent their dominance;  (4) moderate high soil temperatures; and (5) produce a highly nutritious crop. 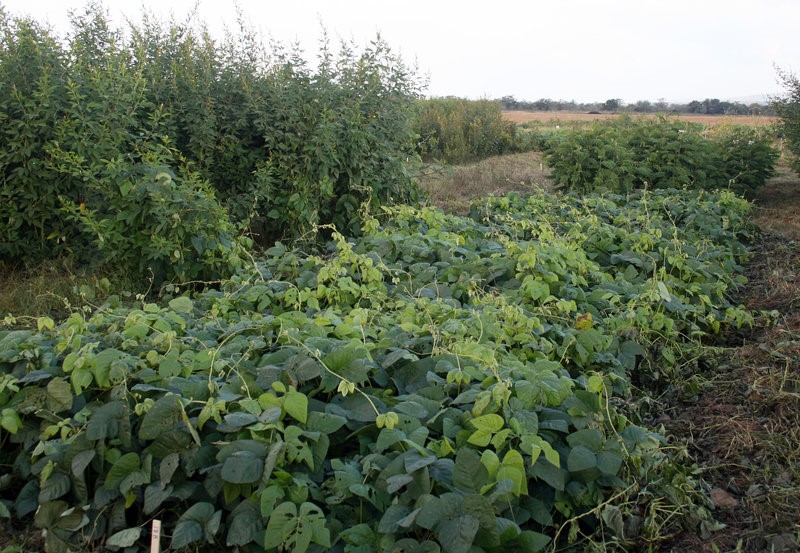 Forage peas and other leguminous crops can provide a significant benefit by covering the soil surface, feeding the soil with nitrogen, and producing a highly nutritious forage.
Source: Selecting Legumes as Green Manure/Cover Crops

Unfortunately, cover cropping is not a traditional practice in most subtropical regions and BNF is inhibited by drought (dry season). Subsistence farmers around the world would benefit from nutritious and drought-tolerant cover crops that can sustain nitrogen fixation in the dry season.

In a study published by BioMed Central, they propose “that neglected crops in addition to native and naturalized plants that persist in the dry season, often considered to be weeds, may be utilized for the development of new cover crops”.  They present a detailed framework which supports the identification, characterization, and selection of such species.

“As a case study, the framework was applied to the mid-hills of Nepal. A literature review, stakeholder interviews, and field site visits with farmers informed the selection of 78 candidate dry season leguminous cover crop species. It is hoped that this innovative approach will serve as a model to help alleviate food/feed shortages and improve the livelihoods of subsistence farmers in the global subtropics” 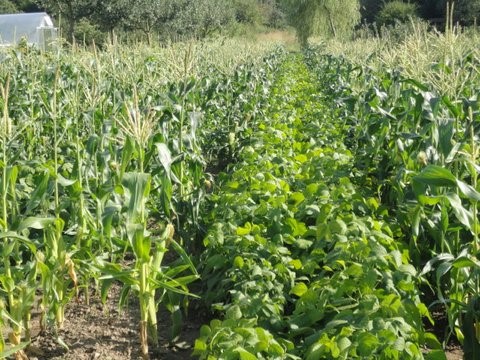 Here’s an example of ‘intercropping’, ideal for the smaller farmer. In this example, the crops are grown in strips; maize, a heavy nitrogen feeder; and beans, a heavy nitrogen producer. Even though the bean crop might not feed the growing corn crop next to it this year, if the farmer rotates these strips, the following crop of corn will benefit. The bean crop planted into the following corn crop will also do better for several reasons. Source: Intercropping-The Agri Focus – Kenya

Managing Legumes in Dry Climates is a real challenge.  The rhizobia bacteria that live in nodules located on the legume’s roots become less active, go dormant, or even die if there is not sufficient organic matter to keep the root zone cooler.  Therefore, farmers must think of legume support as a long-term solution, and adjust their systems to support the retention of soil water whenever possible.  Growing legumes in conjunction with drought-tolerant crops is a good example of how to accomplish this.  Not only will the root zone contain more biomass to keep it cool, but the legume will produce nitrogen naturally to support the growth of the non-leguminous companion they are grown with.

Additionally, to keep the soil surface occupied with rotated annual, or better yet, perennial forage crops build organic matter in these highly weathered soils.  Rotating from these drought-tolerant species into and out of legumes provides a longer term, sustainable soil environment for crops to come.

Farmers have a hard time perceiving the benefit from cover crops or idling land so as to grow these covers, especially when there is not an animal enterprise to graze them or some way to harvest and use the crop.  However, one of the basic principles of crop rotation and soil conservation is to understand that a field doesn’t represent a single year or single season of production; but rather, a generation of production.  As we adopt practices which reflect 3, 5, 10, even 20 years of production from a field at a time, we begin to understand, implement, and witness the benefits of true sustainability whose ultimate purpose is both global stability and feeding ourselves as its occupants.

Here is an excellent ‘E-Book’ you can view or download, published by Kluwer Academic Publishers.  Find it here -> Green manure/cover crop systems of smallholder farmers : experiences from tropical and subtropical regions