Will there be a global agricultural crisis in our time?

The world populations is growing by 75 million people each year, and more than 40% of earth’s land has been cleared for farming. Some believe this could spell the inevitability of an agricultural crisis at a global scale.

Why? As Agriculture strives to meet the skyrocketing demand for food, it has become vulnerable to claims as being the largest driver of climate change, biodiversity loss and environmental destruction.

TED is a nonprofit devoted to spreading ideas, usually in the form of short, powerful talks (18 minutes or less). TED began in 1984 as a conference where Technology, Entertainment and Design converged, and today covers almost all topics — from science to business to global issues.

In this article we wanted to share a video presentation of a talk by Jonathan Foley, Professor and Director of the Institute on the Environment at the University of Minnesota.  His perspective provides a view on how to step up to meet the ever increasing demand for food with a primary focus on Sustainability for the planet, coined with the term ‘terraculture’…

Jonathan Foley studies complex environmental systems and their affects on society. His computer models have shown the deep impact agriculture is having on our planet. 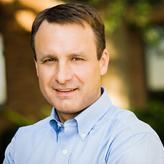